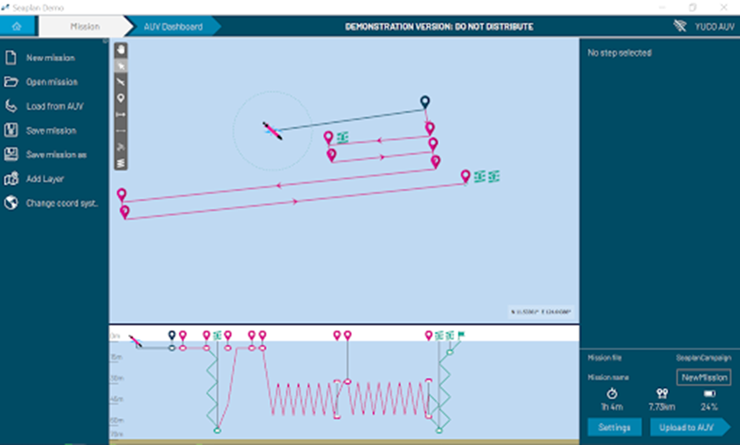 YUCO-PHYSICO micro-AUV is a game changer in water-quality monitoring. It offers the most versatile solution to monitor physico-chemical parameters in varied depth and great superficies.

Instead of single or a couple of sensors, it is a fully autonomous multiparameter sonde than the YUCO-PHYSICO micro-AUV is embedding. Any sensor from the sonde manufacturer proposed range can be used on YUCO-PHYSICO micro-AUV, such as, Sound Velocity, Condicitivty, Dissolved Oxygen, Turbidity, pH, Chlorophyll A, Crude-oil, etc.)
YUCO-PHYSICO has great manoeuvrability even in very narrow and shallow waters makes it ideal to monitor micro-structures. An optional DVL can be used in option for greater navigation accuracy in current area.
Easy to use SEAPLAN software proposes numerous navigation modes that are ideal to get expected measurement in the water with YUCO-PHYSICO micro-AUV.

On the one hand it provides possibility to interchange the different water quality sensors from the sonde.
On the other hand, YUCO-MultiSonde micro-AUV gives the possibility to remove and re-install the multiparameter sonde from the underwater vehicle and use it, for manual profiles for example.